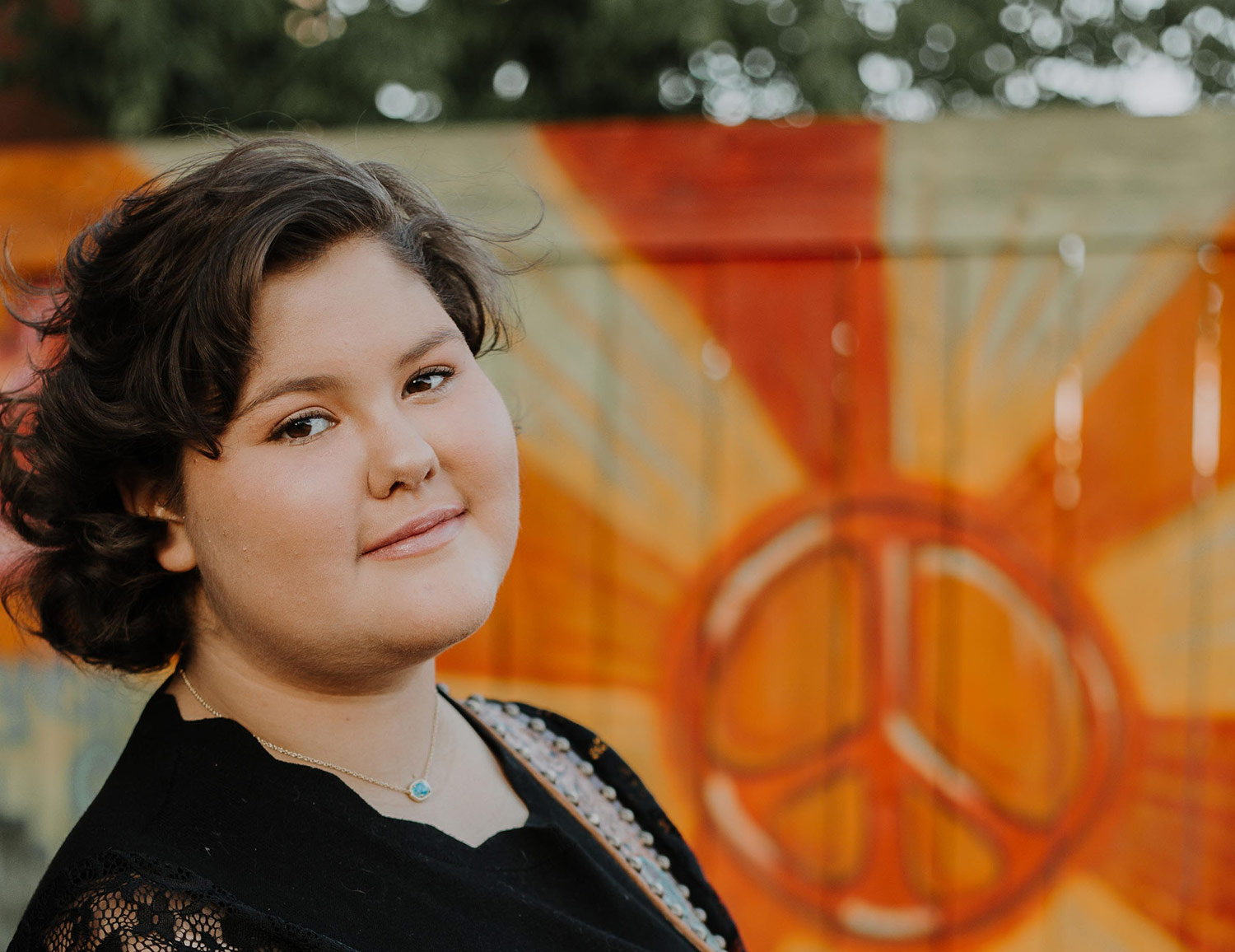 For several years now, even the most experienced songwriters in Nashville have been both astonished and thankful they were put in a room with 16-year old country music artist Ava Paige.  Paige is simply not your average up-and-coming young hopeful.  She is an entire world apart.

Writing songs since she was small and taking guitar lessons for over eight years now, she is decidedly unique from other teenagers.  Her idols have always been the creators of songs and she has never wavered in her desire to be one of them.   An innate understanding of lifetimes past with her naturally young perspective has proven beneficial in her delivery of any song.  A marvel at conveying the emotion necessary to allow audiences to truly feel the lyrics.  This skill is especially reflected in her writing, which is why she continues to work with some of the industry’s best, including Emily Shackelton (“Every Little Thing” /Carly Pearce),  Drake White (“Makin’ Me Look Good Again”), Jay Brunswick (“Freedom/ Reba McEntire), Terri Jo Box (“American Scandal”/Ashley McBryde), and Victoria Banks (“What Are You Gonna Tell Her”/Mickey Guyton)

Paige has come away with several music industry awards, including being named Best Singer/Songwriter in the 2019 Nashville Scene Readers Poll.  She has been playing live shows in Nashville for many years and has held a standing gig at The George Jones since she was 13-years old.  She has played iconic venues such as The Listening Room and The Bluebird Cafe, and is a frequent participant in songwriter shows around town that include hitmakers.

With her music career traveling in the fast lane, Paige was delivered a blow just before her 15th birthday.  She was diagnosed with leukemia.  Gigs and songwriting were put on hold and replaced by hospital stays and chemo.  Nashville’s music community took notice.  They held benefits, songwriters brought guitars to Paige’s hospital room and sang and did everything to help one of their own.  When remission was reached, Paige was determined to pay it forward by forming her own charity, Pick’n and Kick’n Cancer With Ava, which helps other kids with cancer.  She’s also involved with a number of other similar charities.  Still undergoing treatment for leukemia, Paige continues to write and play shows as much as possible. She will be able to hold chemotherapy on Dec 13 2021.  Her charitable work, along with homeschooling and most importantly, beating cancer for good are her primary focus at the present time.  Her goals for the next year include finding a home at a publishing house, developing new relationships with industry professionals and continuing to co-write for cuts and her own projects.