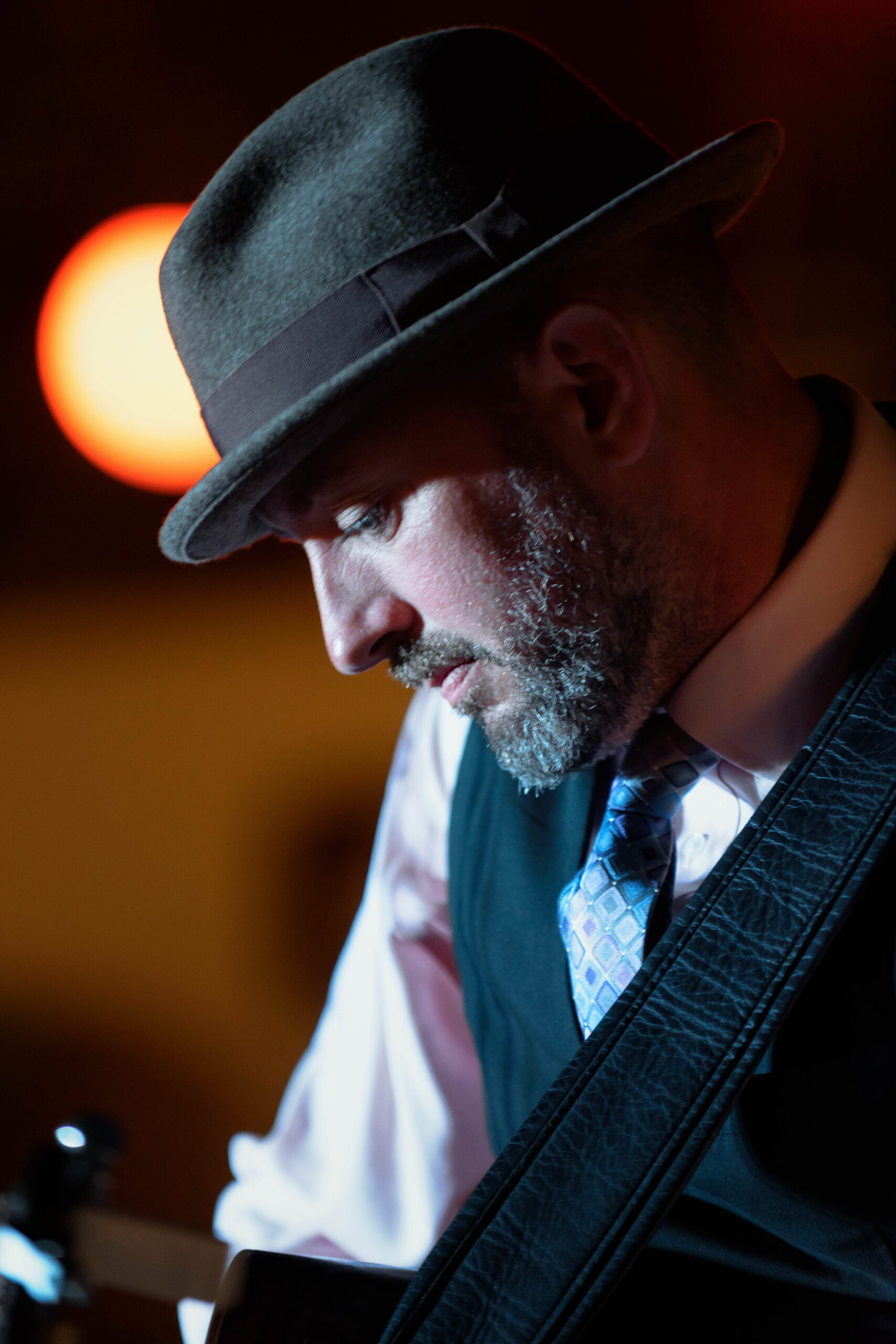 If it’s true that an artist’s job is to captivate us for however long they have asked for our attention no one has looked away from Eric Erdman since he first took the stage to front a band. Maybe that is because there is nothing between Eric and his audience, between Eric and the world. He lets it all in and what comes back is a poet’s soul in a troubadour’s voice. Face to face with the crowds, singing of the challenges facing the youth, the country, and the heartbroken have fueled four studio albums and 7 live albums, constant international gigging that included four USO tours to support troops overseas, and only seared in Eric’s need to write about what he sees, what he feels. Actor Bruce Greenwood speaks of Eric’s inspiration that makes the musicians on his projects “as emotionally involved” as he is, his guitar work, “stunning and specific” pulling the listener “inside the song”. Eric has penned a theme song for a nationally televised show, produced every genre from big band to country, plays guitar in both the Buddy Rich Big Band and Nadirah Shakoor’s band, and is the Music Director for the Quartz and Clay Radio Show (feat. Radney Foster) which begins filming in 2021. Eric accomplishes all these varied endeavors and he does so naturally, because a true artist can’t be pigeon holed. Eric hears what a song should sound like before it’s really a song. He digs as deep to both fully realize the song and then bring it to the people that need to hear it.