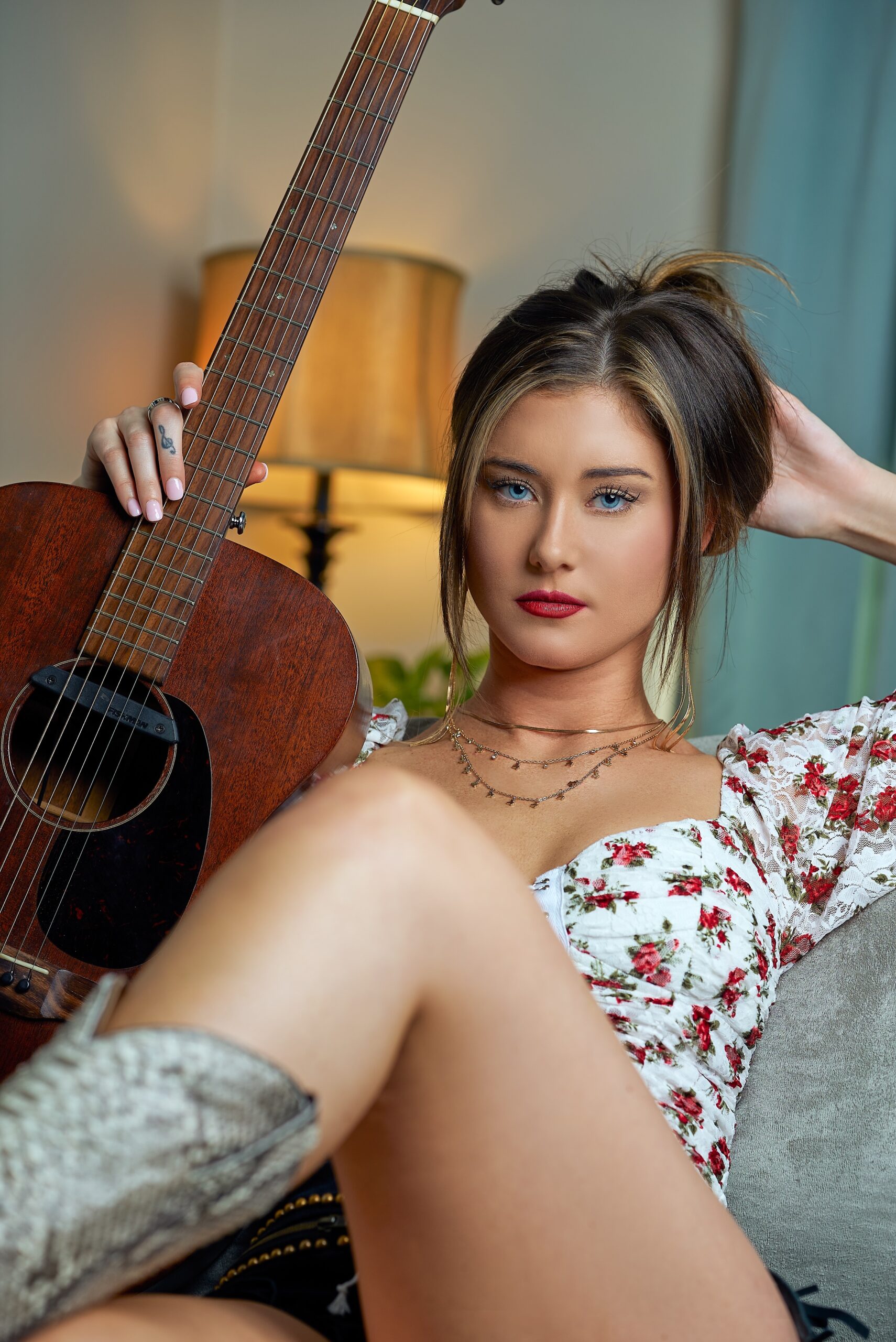 Kensie Coppin is a Singer/songwriter from south Texas with 20+ years of experience in performance, writing and singing. She spent her young years playing every week at Cheatham Street Warehouse, Gruene Hall, and The Cotton Club in Texas along with Opry houses. Kensie toured and played from ages 8-12 when her family moved to Nashville when she was just 13 years old. She spent her teenage years writing and recording at Sony with hit songwriters and got to open for Josh Turner, Rivers Rutherford and Rebecca Lynn Howard in place of Taylor Swift. After high school, she moved back to Texas where she went to college for business for 2 years and worked as a pre school teacher and nanny. After her hiatus, she began singing again in Texas with William Clark Green and touring her first EP Kensie Coppin. After 5 years she decided to move back to Nashville to fulfill her dreams of songwriting. She wrote songs for Erv Woolsey, George Straits manager, and has been working on a full length album with Grammy award-winning producer Jamie Tate. Kensie has performed on the Grand Ole Opry stage at ages 11 and 12, following Hal Ketchum, Holly Dunn and Terri Clark. She toured around with bands like Two Tons Of Steel and The Ace In The Hole band (George Strait). She has written with hit songwriters such as Curly Putman, Dale Dodson, D. Vincent Williams, Terri Jo Box, Blue Foley, Kristen Kelly, Trick Savage, Bernie Nelson, Jeff Silvey, Chancie Neal, Kylie Frey, Dan Smalley and Barrett Baber. Kensie has a strong passion for traditional country music and plans to bring it back to the female market however she can.