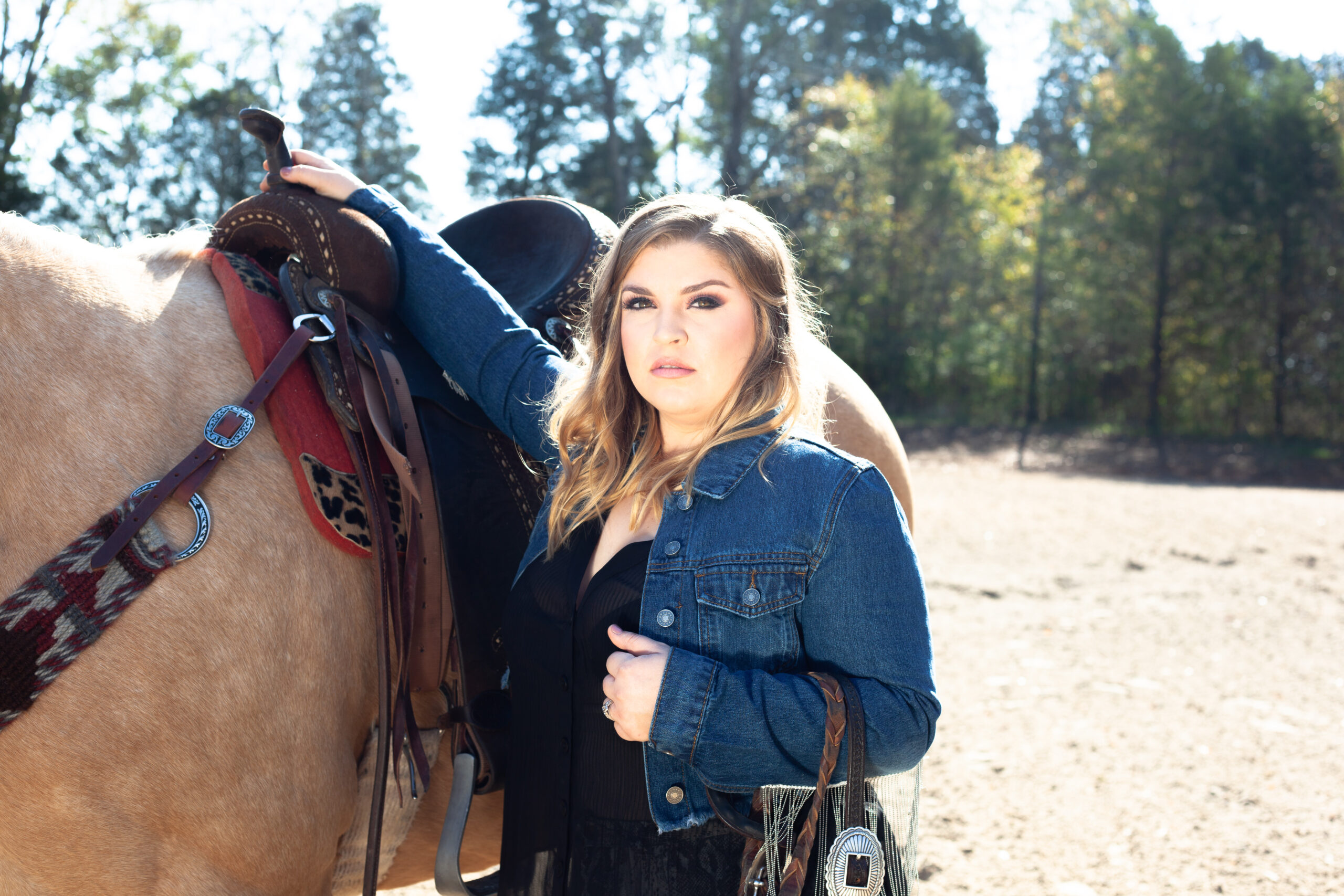 Nashville-based country artist from Calhoun, Louisiana, Chancie Neal, is a platinum-selling songwriter who also still holds the record as the youngest World Champion Barrel Racer. Her most popular single on Spotify with over 106,000 streams, “Rodeo Money”, tells the story of her winning ways on the rodeo circuit as a kid while showcasing her musical talent as an adult.

That same kid met Luke Bryan after his show at a rodeo in Mississippi where he invited her on tour after hearing her play a few songs at 13 years old. She held that opening spot for the next seven years joining Luke for his Farm Tour, Tailgates & Tanlines Tour and Spring Break Tour where she played for large crowds, including over 100,000 people on some nights. During her seven years on the road with Luke, she was the only female artist in the lineup.

She landed a deal with Sony/ATV Music Publishing in 2012, wrote “Ducks in a Row” for the show Duck Dynasty in 2013 and her song “Hairy Christmas” recorded by Luke Bryan went platinum in 2014. Chancie has opened for numerous artists, including Jake Owen, Chris Janson, Florida Georgia Line and Pat Green, was part of the official CMA Fest lineup from 2013-16 and was featured at Tin Pan South from 2015-17.

In 2020, Chancie was reunited with Luke to put down background vocals on his song “Where Are We Goin’”, which is featured on his latest album, “Born Here, Live Here, Die Here”.

In 2019, she released her first single in six years, “Over You”, which notched over 25,000 streams on Spotify in less than six weeks without the help of an artist team. The song debuted on WSM Radio, home of the Grand Ole Opry, which kept the momentum going with almost 60,000 streams to date. A few months later, she began releasing singles from her “Thank Ya, Hank” EP, including “Neighbors”, “Rodeo Money” and her latest single, “Flowers Can’t Fix”.

Also in 2019, Chancie was a featured performer at WSM Radio’s CMA Fest events, played the Fiddler’s Grove Opry Stage at Wilson County Fair, was one of three female artists who played the Wild & Wonderful Country Fest and performed at WSM Radio’s Inaugural Songwriters Night hosted by Devon O’Day and featuring Bobby Tomberlin and Erin Enderlin. She returned to her rodeo roots in October when she played at The All American

Quarter Horse Congress in Columbus and in December when she played two shows at the National Finals Rodeo in Vegas.

More information can be found at ChancieNeal.com or @ChancieNeal on social media.