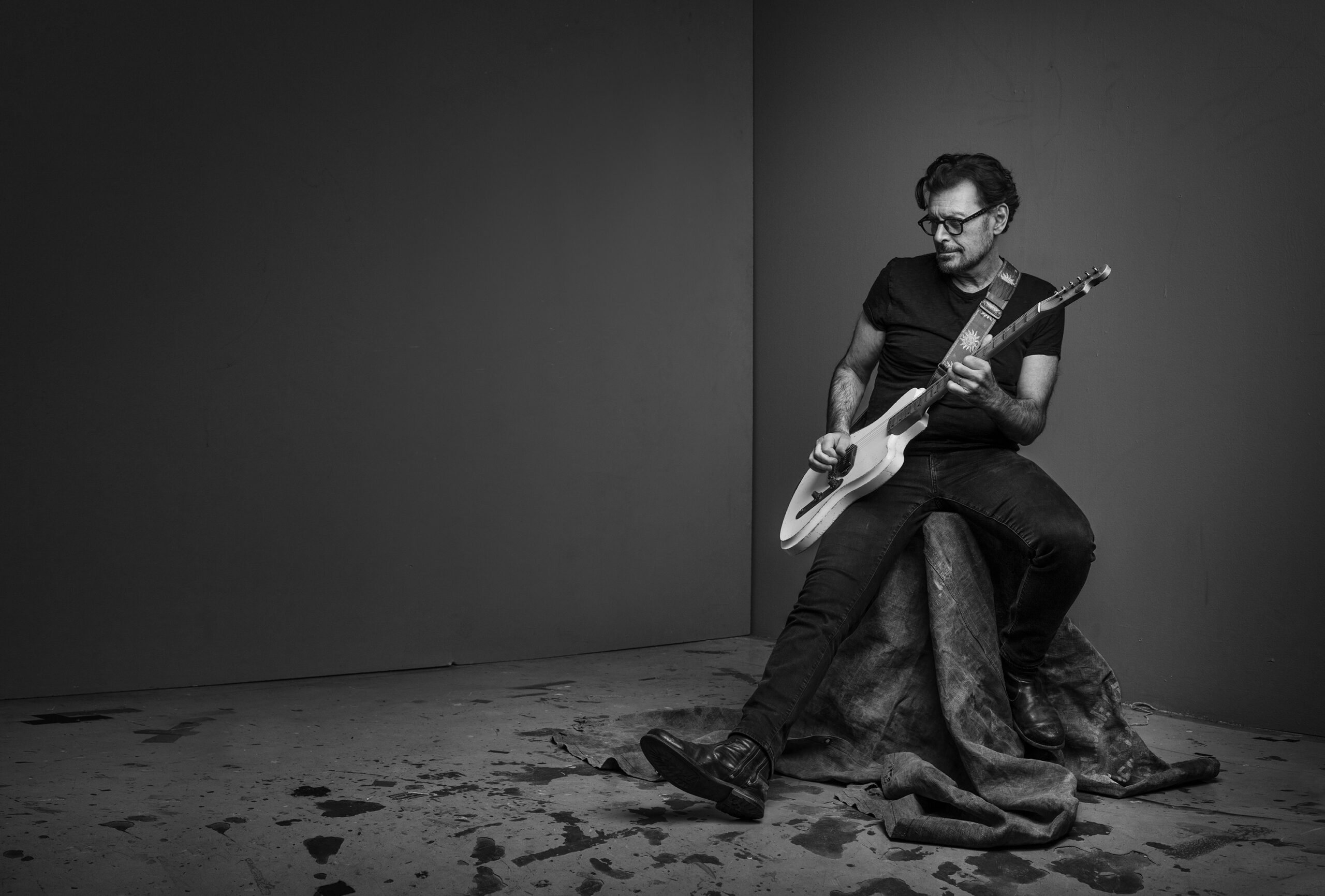 Inspired by the Beatles and the British Invasion, Eric Bazilian formed his first band at the age of ten. At the University Of Pennsylvania he met keyboardist/singer/songwriter Rob Hyman and producer Rick Chertoff, with whom he forged a creative collaboration, resulting  in Cyndi Lauper’s “She’s So Unusual” album (“Girls Just Want To Have Fun”, “Time After Time”), on which Eric played guitars, bass, melodica, saxophone, and contributed backing vocals, as well as creating the arrangements along with Hyman and Chertoff.

Eric and Rob founded The Hooters in 1980. “Nervous Night”, The Hooters’ debut on Columbia, sold in excess of 2 million. The Hooters achieved superstar status throughout the 1980s and 1990s, performing the Live-Aid Concert, in Philadelphia, Amnesty International Concert at Giants Stadium in 1986, and Roger Waters’ Berlin Wall Concert in 1980.

Since then, Eric has become recognized internationally as a gifted songwriter, musician, arranger and producer. Eric wore all those hats while involved with Joan Osborne’s debut project. “Relish” was nominated for 6 Grammy Awards in 1996 including Song Of The Year for the #3 Billboard smash hit “One Of Us” which Eric is proud to have single handedly written.

Globally, Eric has crafted hits for artists such as Billie Myers/”Kiss The Rain”, Robbie Williams /”Old Before I Die”, Amanda Marshall/”Believe In You”, Ricky Martin/”Private Emotion” and “Lo Mejor Di Mi Vida Eres Tu, The Scorpions/”The Best Is Yet To Come”, and many others.

Between his work as a songwriter/producer/instrumentalist, Eric has released three solo albums, “The Optimist” and “A Very Dull Boy”,  and “Bazilian”,as well as “What Shall Become Of The Baby”, an album with long-term collaborator Mats Wester in Sweden. Eric continues to tour extensively with The Hooters, as well as performing selected solo shows and special event tours such as Rock Meets Classic in Germany (2013 & 2018) as well as Night Of The Proms in 2019. He also enjoys sharing his experience and perspective at workshops globally.

Eric is currently preparing for The Hooters’ 40th Anniversary Tour (delayed by two years) of Germany and Scandinavia, as well as continuing to write and record music with various artists worldwide.