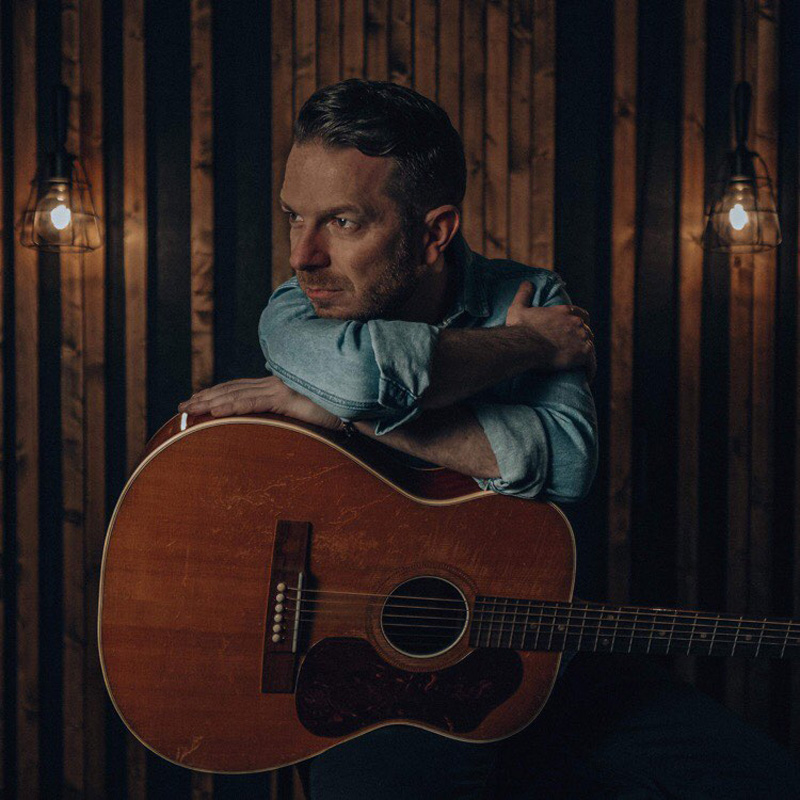 A 7 time British Country Music Association Awards winner including most recently retaining ‘Male Vocalist of the Year’ in 2021 with previous ‘UK Songwriter of the Year’ and consecutive ‘Song of the Year’ honours under his belt, Northern Irishman Gary Quinn has become one of UK Country music’s more established performers. Quinn has opened for the CMA Songwriters Series, toured with Phil Vassar and William Michael Morgan and shared the stage with acts such as Kristian Bush, Sarah Darling and hall of fame songwriter Bob DiPiero. An accomplished performer, Quinn is just as comfortable with a pen in his hand and has collaborated with Grand Ole Opry member and Grammy winner Steve Wariner as well as Brett James, Trent Tomlinson, Jenn Bostic and J.P Williams.

2021 was a strong year for Quinn with his singles ‘Nobody Somebody’ and ‘Catch Me’ placing at #1 and #2 on the UK Country Chart respectively as well as being championed by Ty Bentli (Ty Bentli Show, Apple Music) and being selected as Chris Country Radio’s ‘Single of the Week’ in the months of January and June. Quinn was featured on Apple Music’s ‘Today’s Country’, ‘New in Country’ and ‘Country Wide’ as well as on Spotify’s ‘Wild Country’, ‘Next from Nashville’, ‘New Music Nashville’, ‘Nashville Stripped and ‘Fresh Finds Country’ playlists. New single ‘Point Of View’ is set for release in early April with another 2 tracks lined up for release in the Summer.

Having just returned from a successful tour of Denmark in February and 3 performances at C2C London, Gary has just announced a UK Spring tour of UK theatres for 2022. Quinn and his band have performed at some of Europe’s most prestigious country festivals that include ‘Country2Country’ in London on numerous occasions, C2C Berlin, The Long Road Festival and Manchester’s ‘Buckle & Boots’ as well as festivals the length and breadth of the UK and Europe. Gary toured the Gold Coast of Australia in 2019 culminating in a performance on the Toyota Stage at the Tamworth Country Music Festival. Additional to his live appearances has also appear on Phil Vassar’s ‘Songs From The Cellar’ TV show recorded live from Phil’s home in Tennessee.

A regular performer at the Belfast Nashville Songwriters Festival, he has performed alongside Nashville recording artists Carlene Carter, John Brannen and Nanci Griffith as well as opening for a CMA Songwriter Series show that included Clint Black and Bill Anderson. Quinn is also no stranger to performing in Nashville having played the CMA Music Fest, the CMA Global Artist Party and iconic venues The Bluebird Cafe and The Stage on Broadway.