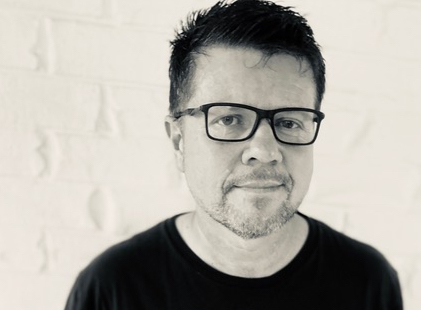 Lee Thomas Miller is a songwriter from Nashville, Tennessee.

He earned a BA in Music Theory/ Composition from Eastern Kentucky University where, along with classical composing and arranging, he studied classical violin, guitar, piano and voice. He was inducted into the EKU “Hall of Distinguished Alumni” in 2010.

Lee moved to Nashville in 1991, signed his first publishing deal in 1996 and has been on the radio virtually ever since.  To date,  he has had 18 top 20 singles with 7 reaching  #1 and has earned 13 BMI radio performance awards. His songs have reached radio play in excess of 20 million spins.

His accomplishments include 3 Grammy nominations, a teen choice award, and 4 titles being nominated for ‘Song of the Year’ at major industry events.

He won both a CMA and an ACM award for Song of the Year with “In Color” as recorded by Jamey Johnson. “You’re Gonna Miss This” won Song of the Year at both the ASCAP and NSAI awards and single of the year at the CMA awards.

Miller has also been given 4 “Songs I Wish I Had Written” trophies as voted on by the professional membership of NSAI (the Nashville Songwriter’s Association).

Lee served as President of NSAI for 5 years and is still currently on their Legislative committee traveling to Washington D.C. representing and lobbying for the rights of the American songwriter. He has testified before both houses of the U.S. congress as well as spending countless hours with bureaucrats reaching from the department of justice to cabinet level officials to federal judges. In 2015 he was presented with BMI’s inaugural “Champions Award” for these legislative efforts.

Ultimately, all of this led to the passing of the federal Music Modernization Act changing the criteria for which songwriters are paid in the digital era. Lee was present in the West Wing with the President when he signed it into law.

On a personal note, in 2010 he was awarded the Fatherhood Award from Washington D.C.’s National Fatherhood Initiative and he and his wife Jana received the Congressional “Angels in Adoption” award on Capitol hill in 2015 having adopted 3 of their 4 children.

Lee and Jana have been married 29 years and live in Brentwood, Tennessee with their 4 kids.