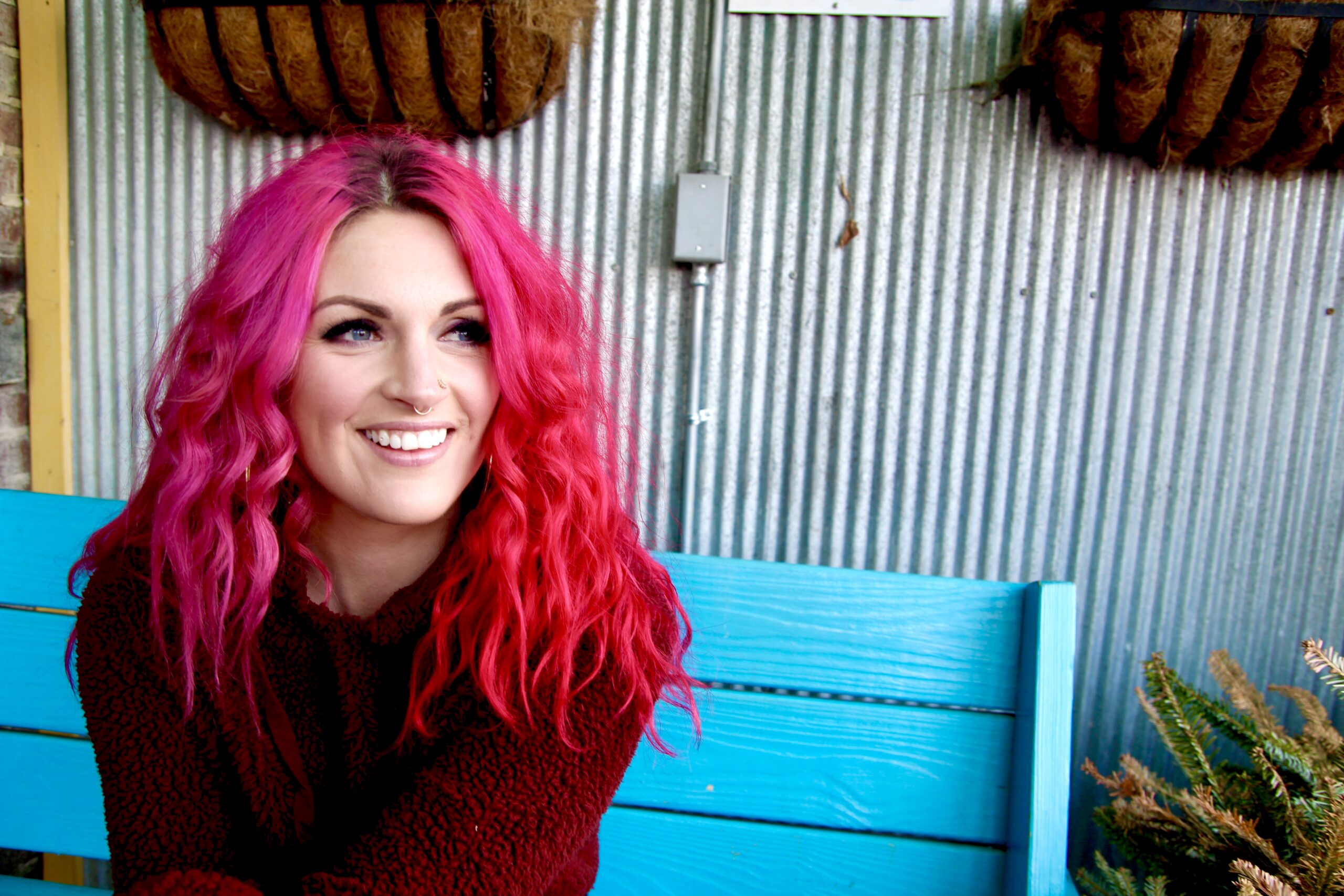 Pink hair, tattoos, and lots of sass is what you’ll find when searching out the woman with gritty power vocals with a story to tell and a Telecaster. If you’ve ever listened to live music in Nashville, you may have seen this soul bearing independent artist entertaining locals and tourists alike. Tera Lynne Fister catches the room on fire with a magic her mama used to call psychedelic honkytonk rock. With a family line of musical talent and exposure to a wide variety of genres since childhood, the St Louis native is now making her music her way in the heart of Music City. Her self-titled debut album is what the songstress affectionately labels “29 years of Tera in a 7 song diary” and features the singles “Hell Raiser”, “Scars”, and “Home”. An all-star team includes co writers and producers Thom Donovan and Christopher Griffiths of the Will Hoge band, as well as five time Grammy award winner Ray Kennedy, who mastered the project. Always one to collaborate, Tera has also lent her talents as rhythm guitarist and background vocalist for Kelsey Hickman, Tori Allen, and Graham Nancarrow opening for acts like Neal McCoy, JoeDee Messina, Stoney Larue, and Alabama. She can also be seen singing BGVs on tapings of “Real Country”, a singing competition that aired on the USA Network in 2018, with the likes of Jake Owen, Shania Twain, and Travis Tritt. Not allowing 2020 to slow her down, she currently has a single “I Understand (I Will Never Understand)”
with over 13,000 views on YouTube that was exclusively premiered by the infamous magazine “Cowboys & Indians” and is currently spinning on CMT. A powerful song extending an olive branch of love and support to all those who suffered the feeling of alienation through the racial feuds, the global pandemic, and the election. Tera has been spotlighted for her songwriting in mega media outlets such as Forbes, Country Rebel, and Center Stage Magazine. Nine years of honing her craft professionally in Nashville has reiterated the importance of growth, community, and perseverance for the self-proclaimed “searcher of art and lover of color”. Tera’s creative input and gifts of empathy and compassion are just the right combination for communicating with audiences on all levels, creating a sense of nostalgia and oneness. Which has led to the inception of her sophomore album. Fister has spent all of 2021 in the studio writing, recording, & co-producing this new body of work, due to be released into the world in the upcoming months.