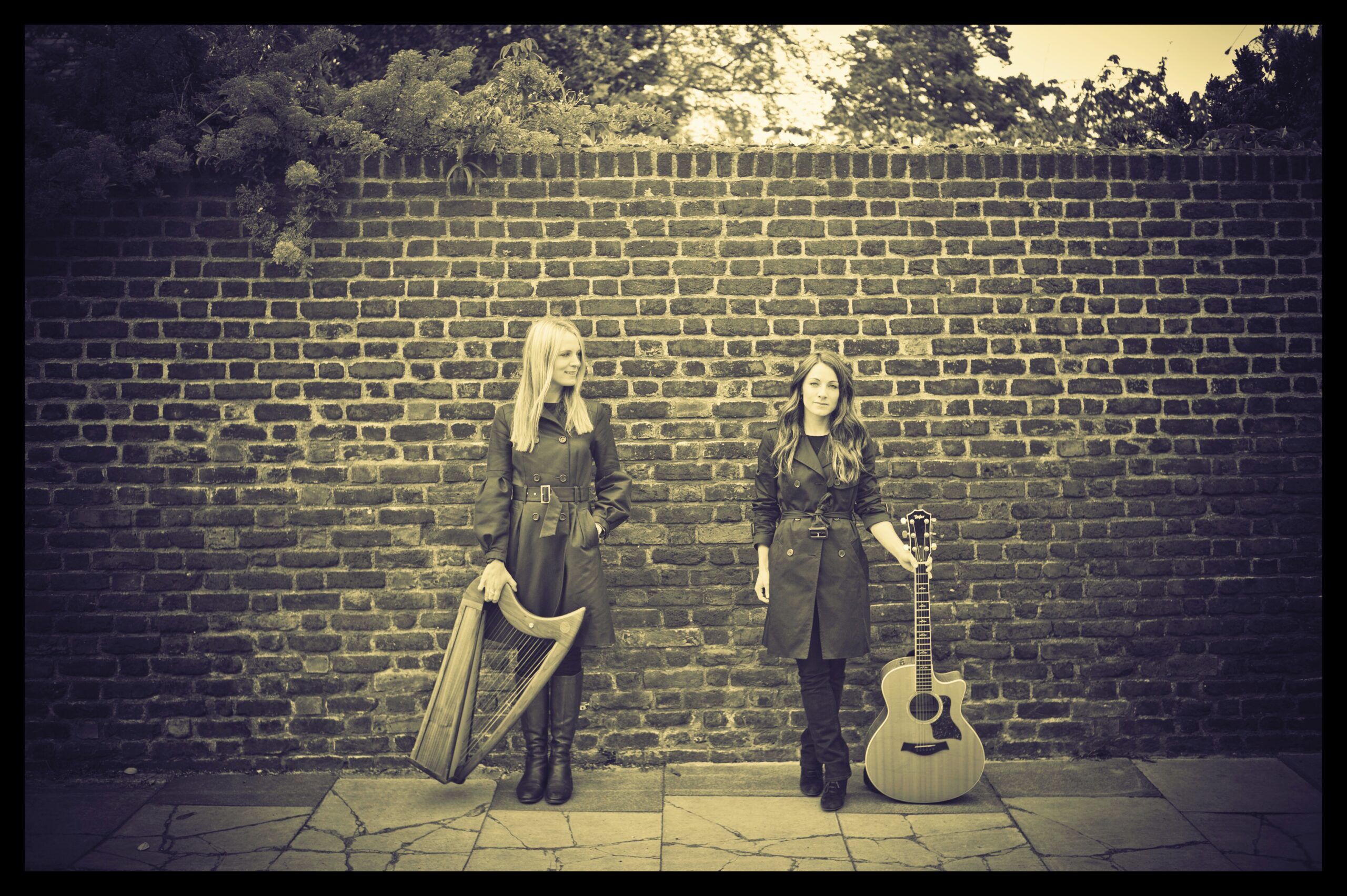 Leonard Cohen introduced Charley and Hattie as “The sublime Webb Sisters” on his international come back tour, a 6 year global adventure on the road, the sisters accompanying Leonard with their close harmony vocals and unique instrumentation.

Starting at the beginning with their first major label release ‘Daylight Crossing’,  the sisters burst onto the UK music scene via Mercury Records receiving ‘Single and Album of the Week’ on itunes and BBC Radio 2. An album of strong melodies, led by Hattie’s harp, Charley’s rhythmic guitar and drenched in their signature harmonies.  Tom Petty said: “Their own records are incredible, they will blow your mind”.

Whilst on the road with Leonard, The Webb Sisters recorded and released their album ‘Savages’ and EP’s ‘The Other Side’ & ‘When Will You Come Home’, produced by legendary producer Peter Asher.  Their song ‘Baroque Thoughts’ went on to win The International Music Award for ‘Best Adult Contemporary Song’.

Charley and Hattie joined Tom Petty and the Heartbreakers to sing with them on their 40th Anniversary tour in 2017, singing with Tom on his final 50 concerts.  Hattie and Charley recorded with The Lumineers on their record ‘III’, performing with them live at The O2 Arena in November of the same year.  Then collaborating with Wesley Schultz for his recent solo album ‘Vignettes’.

The Webb Sisters received the 2019 Maynooth University Ireland Award for Arts and Culture.